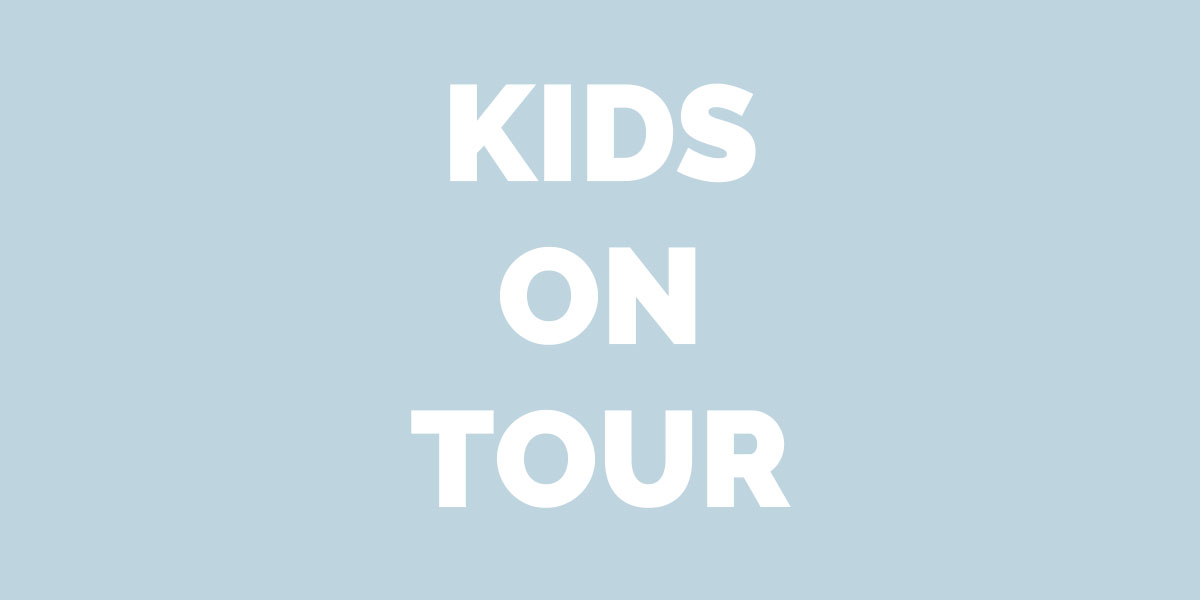 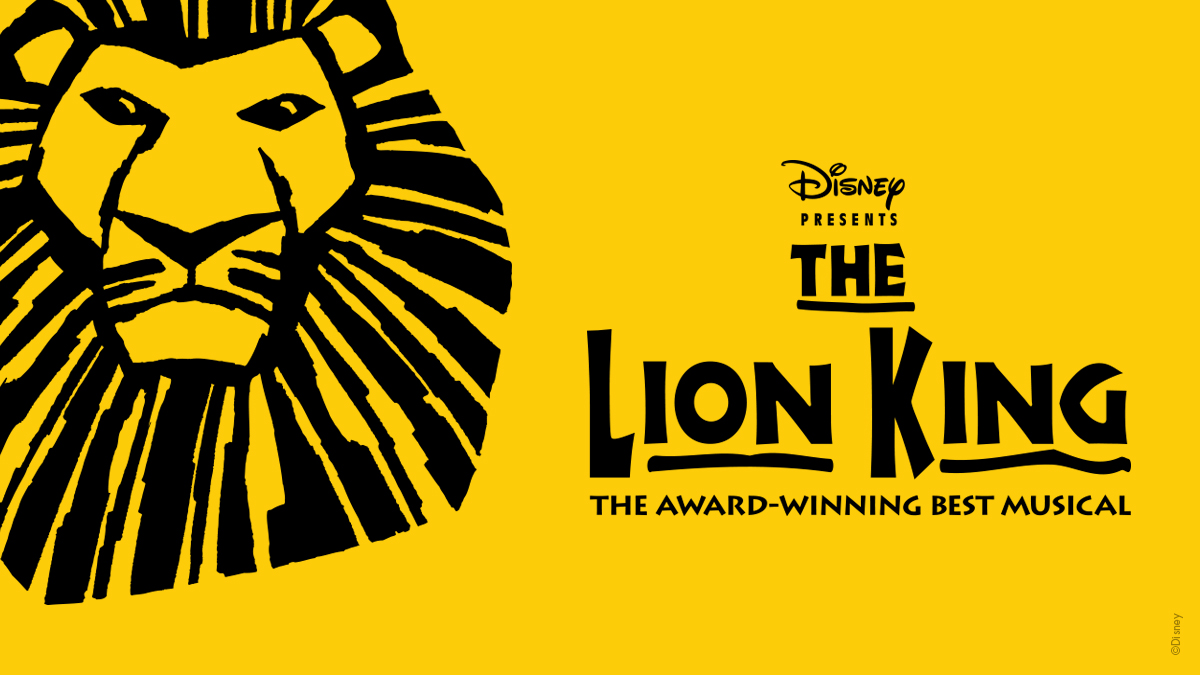 “…you’ll be astonished by the genuine warmth carried by…Richard A. Phillips Jr.’s Simba.”

“The rambunctious lion cub Simba was played by a lively Walter Russell III, who seemed to be having the time of his life.”

“There is the plucky young Simba, who was played by Walter Russell III with outsize presence and polish at this performance…There is his match in Celina Smith’s young Nala…”

“Young Simba played by (Richard A. Phillips Jr.), was so good, and I enjoyed his timing and playing to comedy, but he also played sad very well, leaving you want to cry at times, especially after loosing his father in the stampede. But would really like to point out his singing in ‘I Just Can’t Wait to be King’ with Young Nala (Brilyn Johnston) and Zazu, was so good…The kids definitely fit there roles very well.”

“Walter Russell III and Celina Smith are adorable as the young Simba and his friend Nala, respectively, delivering a rousing rendition of the jovial I Just Can’t Wait to be King.”

“Young Simba, played on Friday evening by Walter Russell III, is both reckless and wild, yet sweet in a handful of tender moments with his father, Mufasa.”

“Young Simba, played by Richard A. Phillips Jr. and on alternating nights by Walter Russell III, was equally bouncy. The dynamic between Phillips and Ramsey was adorable…”

“Walter Russell III, who tackled the role [of Simba] on the evening I attended, is a colossal talent. Fearless and self-confident, just like a young lion should be, he stood out in all the scenes he was in and dazzled with his rendition of ‘I Just Can’t Wait to Be King.'”

“Richard A. Phillips Jr. as the young Simba and Jared Dixon as the older version both are wondrous in their roles, bringing a feeling of innocence. The same goes for Brilyn Johnston as young Nala…”

“The child performers – Richard A. Phillips Jr. as young Simba and Brilyn Johnston as young Nala – show a lot of heart…Phillips’ bravado…matches his counterpart Jared Dixon (adult Simba). The same goes for his agility and winning smile.”

“As the young Simba and Nala, Walter Russell III and Celina Smith are saucy, bold and brash as the young cubs.”

“I saw youngster Richard A. Phillips Jr., play him as a curious, fearless, rambunctious and precocious little one…”

“Actor Walter Russell III is one of two boys who alternate as young Simba. Russell turns in a solid performance…”

“But the rest of the cast does a wonderful job, too, including Walter Russell III…as younger…versions of the playful, energetic Simba…”

“Richard A. Phillips Jr. as young Simba is a joy to watch. He knows his lines, hits his marks, sings beautifully and has stage presence. Celina Smith as Young Nala is equally impressive in her part. Both of these young actors were very comfortable in their demanding roles. Look out Broadway!”

“Phillips Jr. delivers an athletic, energetic performance as the young Simba. He bounces around the stage like Tigger and seems to be having the time of his life.”

“…he’s played by a lively Richard A. Phillips Jr. as a boy…”

“On Friday, Richard A. Phillips Jr. was cute and rambunctious as Young Simba, a role he shares with Walter Russell III…”

“Brilyn Johnston and Richard A. Phillips Jr. are full of youthful energy as Young Nala and Young Simba. Not only do they have tremendous dance skills and voices, their adorable bravado will undoubtedly appeal to the children in the audience.”

“As young Simba, Richard A. Phillips proved to be a charming performer. His ‘I Can’t Wait to be King’ was well sung. As young Nala, Celina Smith is a pint-size powerhouse in ‘Nao Tsa Tsa,’ sung with Simba and the baboon Rafiki.”

“The young (and enthusiastic) cubs are played by Joziyah Jean-Felix (Simba) and Danielle W. Jalade (Nala). Their energy is contagious and everyone in the audience immediately identifies with their restlessness and frustration at being a child and being responsible. The song ‘I Just Can’t Wait To Be King’ absolutely belongs to these two, and they look like they are having the time of their lives doing it.”

“When it comes to acting chops, 11-year-old Salahedin Safi stole the show with his energetic performance of young Simba. Not only were his antics a delight to watch, his voice and inflections were nearly identical to those of voice actor Jonathan Taylor Thomas, who played Simba in the 1994 animated film. That attention to detail helped turn The Lion King into a world for all ages to get lost in, even if just for a night.”

“The young members of the cast, Salahedin Safi as the Young Simba—the lion king referenced in the title—and his lioness betrothed Danielle W. Jalade as the Young Nala, brought a youthful energy to the show. And they were the necessary entry point for the younger members of the audience to relate to the story.”

“But Salahedin Safi as ‘Young Simba’ and Danielle W. Jalade as ‘Young Nala’ leave the biggest impression, probably because they are the same age and energy level as their contemporaries in the audience.”

“As Mufasa’s young Simba for Friday’s performance, Salahedin Safi imbues the perfect blend of restless curiosity, naivety and humility topped with a great voice to carry the first act to its inevitable end. His young partner Nala played Friday by Danielle W. Jalade matches Safi with strength and wit despite her reduced stage time.”

“Salahedin Safi, who I saw, has a voice that channels the young Michael Jackson.”

“His son Simba (played by a charismatic and talented Salahedin Safi) is heartbroken and runs away.”

“Flash forward a few years and Simba (played in last night’s performance by the delightful Salahedin Safi) has grown into a young cub searching for adventure, which he unfortunately finds.”

“As their junior counterparts, Danielle W. Jalade and Salahedin Safi as Young Nala and Young Simba bring a fun and youthful energy to their roles. They hold their own on a stage filled with large puppets and set pieces.”

“Both Ramon Reed and [adult Simba] convey a playfulness that is infectious, while Gloria Manning and [adult Nala] bring Nala to life with passion.”

“This current tour also boasts a lion’s share of talent (I had to), with Young Simba (alternating between Joziyah Jean-Felix and Ramon Reed) and Young Nala (alternating between Danielle W. Jalade and Gloria Manning) bringing their characters to life on stage with ease and grace well beyond their years. Each channels the playful innocence that lies at the heart of their character and owns the naivete of Nala and Simba in their early years. Reed also provides a powerful performance that evokes great emotion surrounding the death of his father in the wildebeest stampede…”

“The little girl seated next to me squealed her approval of the child performers on Wednesday night, and I agreed (without the squealing). As lion cubs Simba and Nala, Joziyah Jean-Felix and Danielle W. Jalade (who share the roles with other performers) have charisma and stage presence to spare”

“As lion cubs Simba and Nala, Joziyah Jean-Felix and Danielle W. Jalade (who share the roles with other performers) have charisma and stage presence to spare”

“Young Simba was played at this performance by the rambunctious Ramon Reed, who was joyous to watch as he learned to roar.”

“The 11-year-old sitting with me was in awe of the entire production, but she was especially taken with the children appearing as young Simba and Nala. Joziyah Jean-Felix and Ramon Reed alternate as Simba; Danielle W. Jalade and Gloria Manning are Nala.”

“Where on Earth do the producers find these marvelous kid performers? Young Simba (Joziyah Jean-Felix, alternating with Ramon Reed) and Young Nala (Danielle W. Jalade, alternating with Gloria Manning) prove agile, joyous guides who coax us—in ‘I Just Can’t Wait to Be King’—to see the world again through the innocent eyes of childhood.”

“Young Simba (Joziyah Jean-Felix, Ramon Reed) and Young Nala (Danielle W. Jalade, Gloria Manning) were perfectly charming as they rode around on giant birds and snuck through the elephant graveyard”

“Young Simba, was played with joyful energy by Ramon Reed for the performance I attended. He shares the role with Joziyah Jean-Felix.”

“Young Nala and Simba, Danielle Jalade (10) and Joziyah Jean-Felix (12) parents must be so proud of their hardwork and dedication in this show. The ‘I Just Can’t Wait To Be King’ number showed how talented they are and that they can carry a scene with or without adults as if they have performing experience beyond their years.”