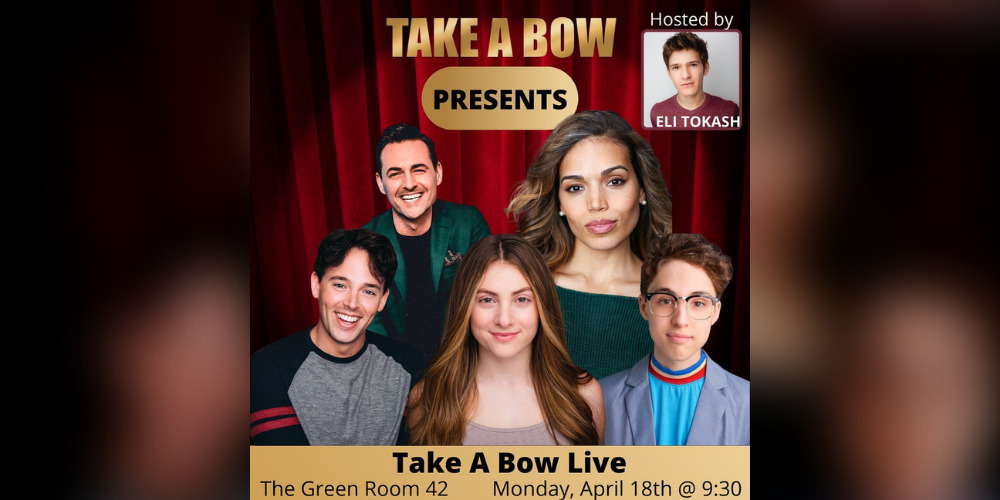 We would like to wish a happy Passover and Easter to all those who celebrate!

Elf is accepting Equity video submissions for the role of Michael and the standby for Michael for this year’s tour! The deadline is April 25th. Submit to elfthemusicaltourauditions@gmail.com and get audition information on BroadwayWorld.com.

Sami Bray (School of Rock, How the Grinch Stole Christmas) returned to “The Blacklist” during last week’s episode!

You can see Camille de la Cruz (School of Rock) in the next “Kidz Bop Live” tour, launching this year!

Audrey Bennett (The Sound of Music) is one of this week’s guests on “The Early Night Show,” starring Joshua Turchin (A Christmas Story)!

Addison Takefman (Les Miserables) has been added to the lineup for “At This Performance,” now scheduled for May 23rd at The Green Room 42! Get tickets HERE.

Check out Analise Scarpaci (Matilda) singing “Take It All” by Adele at a recent Broadway Sings concert!

And here are pictures from the kids of Frozen, Anastasia, The Lion King, Charlie and the Chocolate Factory, and South Pacific!